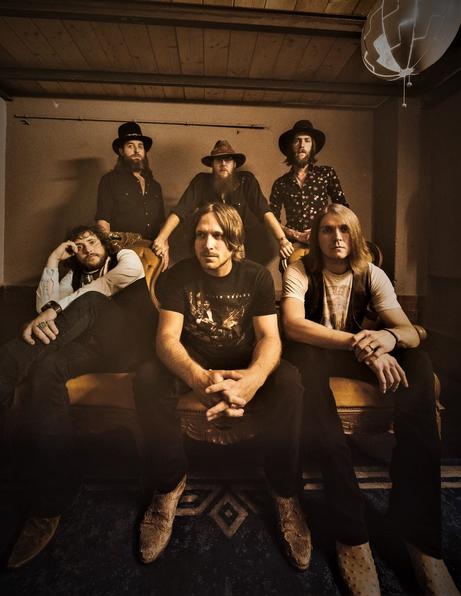 This is the second time Whiskey Myers has come to the rescue for Cornstock. Back in 2016, Whiskey Myers fill the vacancy left by Casey Donahew.  Since 2016, Whiskey Myers has been very busy making a name for themselves, so much so that they are performing to sold-out crowds and have recently opened for the Rolling Stones.  Other notables include:
• They are currently on the road for their 2019 Die Rockin’ Tour, which kicked off January 24 in Birmingham, Alabama and continues all year with festival stops at Stagecoach and Cotton Fest as well as 15 recently completed European dates.
• WHISKEY MYERS, the band’s self-titled fifth studio album which they’re self-producing for the first time, is due out September 27, the day before Cornstock, and features lead track “Die Rockin,’” now available. Also, a limited number of these albums will be released on vinyl.
• Whiskey Myers have sold out 95% of their headlining shows over the past two years (including Billy Bob’s Texas and the iconic Georgia Theatre – on a Wednesday).
• They have also sold 400K+ albums and amassed 300M+ streams as they’ve established a devoted fanbase through a relentless touring schedule – playing over 2,000 shows since their formation just 10 years ago.
• Whiskey Myers were featured in Paramount Network’s new Kevin Costner hit show “Yellowstone” with synced songs throughout Seasons 1 and 2 as well as an appearance by the band in S1E4. Their music is also featured in Netflix’ “What/If,” now streaming.
• “Yellowstone” and its 4.5 million viewers sent the band’s 2016 album Mud to No. 1 on the iTunes country chart and Top 20 all genre, simultaneously with their 2011 album Firewater and 2014’s Early Morning Shakes also hitting the Top 10 country albums and Top 50 all-genre. Five songs off the 2+ year old albums also charted in the iTunes Top 200 with “Stone” hitting the Top 10 on the country chart.
Whiskey Myers has just last week released their second song off their current album called “Rolling Stone”. Genre-bending band Whiskey Myers combine Country and Southern Rock influences to create a sound all their own, led by front man Cody Cannon’s raspy drawl.