​  Trace Adkins’ trademark baritone has powered countless hits to the top of the charts. The three-time GRAMMY-nominated member of the Grand Ole Opry is a TV personality, actor, author, and spokesman for the Wounded Warrior Project and the American Red Cross, for whom he raised more than $1.5 million dollars as winner of NBC’s All-Star Celebrity Apprentice.
In recent years, Adkins has performed for our service men and women across 11 USO Tours, with his 12th scheduled for spring 2017. In his 2007 autobiography, A Personal Stand: Observations and Opinions from a Freethinking Roughneck, he recounted his rise to fame, brushes with death and battles with personal demons. Adkins has played a tough-as-nails biker in The Lincoln Lawyer (starring Matthew McConaughey), a desperate father in Deepwater Horizon (starring Mark Wahlberg) and a wise oracle of a tattoo artist in the family-friendly film Moms' Night Out (starring Patricia Heaton, Sean Astin, Sarah Drew).  Opening March 16th in theaters nationwide, see Adkins star in his latest movie, I can Only Imagine.
For more information, visit www.traceadkins.com or on Twitter, Facebook and Instagram@TraceAdkins.​ 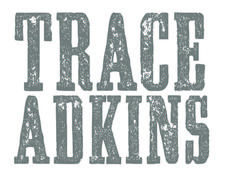 This event is a part of the "How Did We Get Here" Tour. 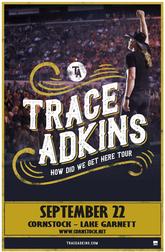 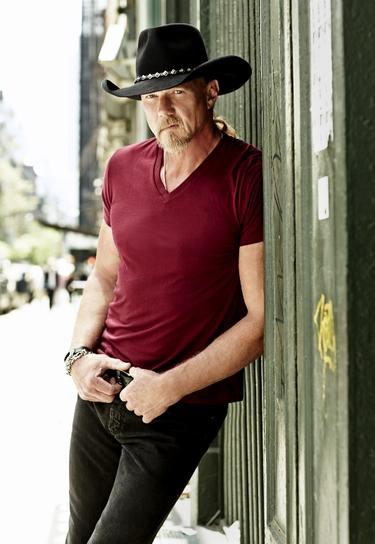